This past winter has continued to throw us curveballs in the vineyard, but now that Spring has come we believe we are on track for a great growing season. Here are a few updates on our vineyards:

Our 1 acre Teroldego vineyard in Fredericksburg has faced a bit of a setback. The vines managed the February freeze just fine. Soon after the freeze, we began to remove the shelters (the paper tubes that protect young vines) and we discovered that our vines were not as healthy as we had hoped. Ultimately the poor health traces back to the nursery who we purchased the vines from. In order to grow the highest quality fruit and make the best wines, we have made the decision to remove the vines and replant.

We have been back in the swing of things for about a month now. What do we mean by that? We’re getting the vineyard pruned and ready for bud break! As we have about 140 acres under vine in the High Plains and we strive to produce some of the state’s best quality wine grapes, we like to stay on top of vineyard management. If we get behind, it’s very difficult to catch up and even the early stages of the growing season can have a big impact on the quality of fruit the vineyard produces. The first step of the year is to clean up the shoots and get the right amount of buds per shoot. This helps control our canopies (all the leaf area above the trunk of the vine) from getting out of control throughout the season.

Pruning in the vineyard is a threefold process that we try to start at the end of January or early February depending on the weather. The first step is called long-cane pruning in which we remove a majority of the shoot length (in the spring, the bud grows to become a shoot).  Taking off about nine inches to a foot of wood via our Pellanc Pre-Pruner. Next, we set up our Pellanc Precision Pruner to cut the wood more precisely leaving four buds on the shoots. Technology is pretty amazing but the machine can not count each bud so we have to set the device to a certain measurement. This gets adjusted depending on the varietal and block of grapes to make sure that we are not taking off too little or too much, but typically we like to leave four buds. The two pruning runs by the machines make it much easier to go in with our hand pruning crew. The crew goes in to complete our pruning to exactly the number of buds we want per shoot. We have our hand crew bring things down to 2 buds. The buds we choose to leave will hopefully be fruitful for the upcoming harvest. I say ‘hopefully’ because this is dependent on having good weather (including no crazy storms throughout the growing season). Here’s a peak at our Sangiovese breaking bud this past week… While we are pruning, we have a couple vineyard crew members repairing irrigation and fixing any infrastructure issues such as broken wires, t-posts (the posts that run throughout the vine row) and making sure everything is tied down nicely at our end posts (the thick posts at the end of a vine row). Once irrigation issues are fixed, we slowly begin to water the vines. The amount of water we give the vines at this time of year is dependent on the amount of winter moisture that we had impacting our sub-soil moisture levels as well as temperatures.

What has been different the past few months?

The winds! Yes, we did have record low temperatures in February, mixed with ice and snow but our buds were still tightly closed and our vines still a bit dormant. The ice can be an insulator for the vines and the snow creates nice sub-soil moisture for the season. The big difference this year has been the heavy winds. Winds can wreak havoc on the vines, breaking canes and twisting vines if they are not tied down properly. Karma must be on our side as we spent our winter getting vines tied down that broke free during harvest and cleaned up broken wires and loose ends (this is the result of us staying ahead of the game with our vineyard management – it pays off!). This has helped when the winds whipped through and our vines stayed put. Hoping it stays that way!

Cheers to a great season ahead! 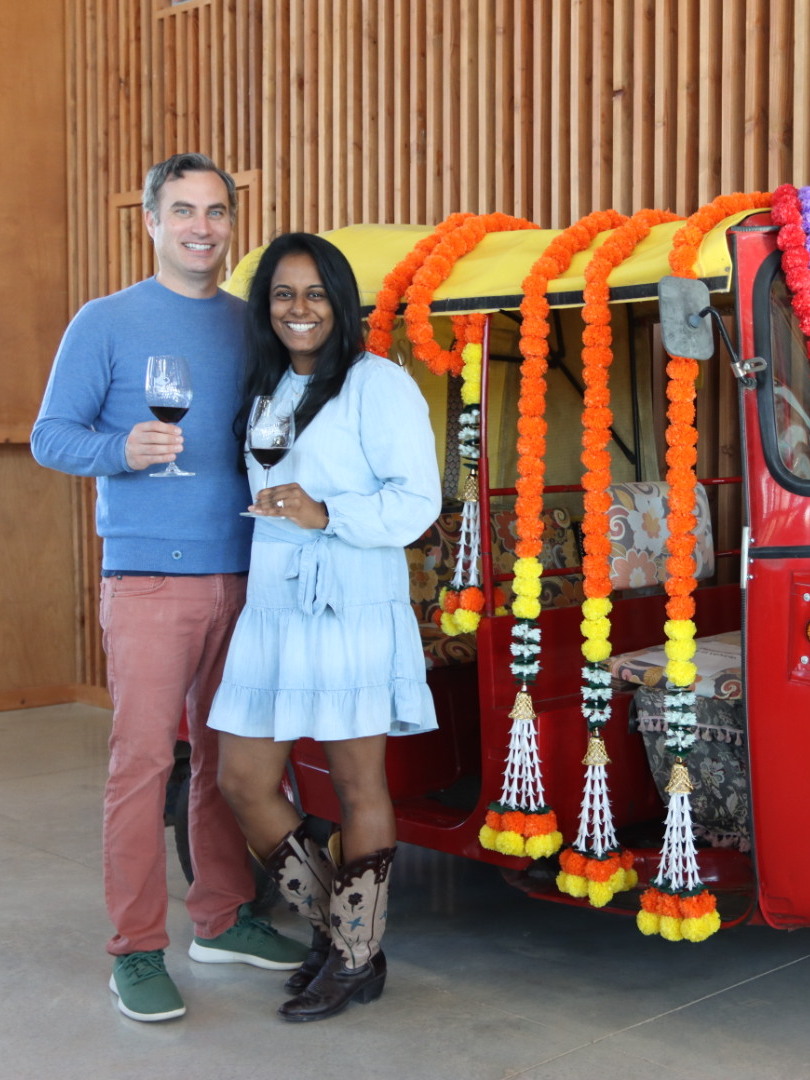